What famous brothers made their marks on the stage?
What was the theatre originally built for?
Find out in this DVD… along with other hilarious theatrical anecdotes! 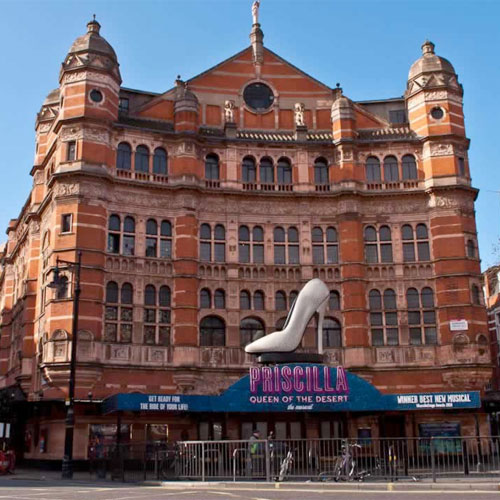 Richard D’Oyly Carte, who produced the Gilbert and Sullivan operas, commissioned the theatre in the 1880s.

It was designed by Thomas Edward Collcutt and the foundation stone was laid by D’Oyly Carte’s wife Helen in 1888 – it can still be seen on the façade of the theatre.

It opened as the “Royal English Opera House” in January 1891 with Sullivan’s Ivanhoe.

It was sold within a year and renamed the Palace Theatre of Varieties.

In March 1897, the theatre began to screen films including early newsreels from around the world, many of them made by film pioneer William Kennedy Laurie Dickson.

The name of the theatre was finally changed to The Palace Theatre in 1911 and became famous for both its orchestra and its beautiful dancers known as the Palace Girls.

From then on it hosted a number of successful productions, including No, No, Nanette, The Sound of Music, Jesus Christ Superstar and the sensational Les Misérables, which ran for nineteen years.

It is owned by Really Useful Theatres.

It only takes a minute and you'll get access to all current and future deals. Sign-up Now.
We're now taking orders again