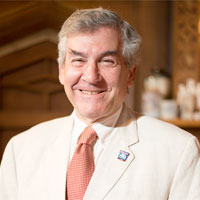 Whose love of theatre inspired the theatre’s construction?
What notorious play gave The Mousetrap its name?
Find out in this DVD… along with other hilarious theatrical anecdotes! It was built by W.G.R. Sprague in memoriam for Richard Greville Verney, the 19th Baron Willoughby de Broke, whose love of the stage was nurtured at an early age through amateur theatricals at the family home in Compton Verney.

His passion was further developed during the time he spent in London, both as an MP and as a member of the House of Lords.

His interest took a more solid form through his association with B.A. (Bertie) Meyer. It was Meyer who commissioned theatre architect W.G.R. Sprague to design the St Martin’s.

The theatre is the only one in the West End still in the hands of the family who built it.
St Martin’s début was delayed by the outbreak of World War I, and its first performance (of Charles B. Cochran’s Houp La!) took place on 23 November 1916.

Agatha Christie’s The Mousetrap transferred in March 1974 where it still remains.

The play holds the record for the longest running show in the world.