The father of which famous novelist managed here?
Like a virgin, who made her West End debut on the stage?
Find out in this DVD… along with other hilarious theatrical anecdotes! 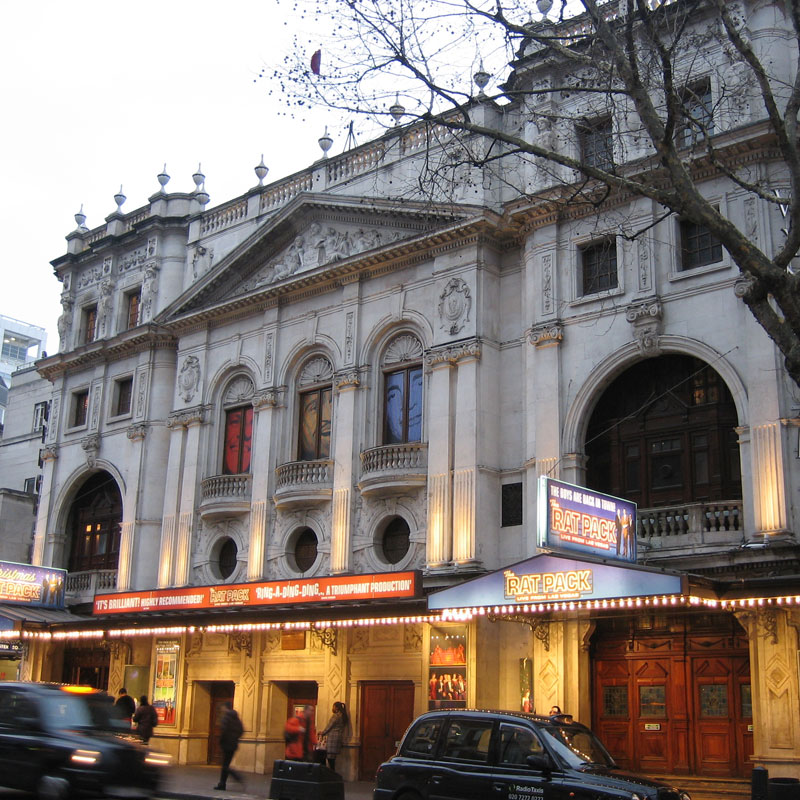 Oh! What a Lovely War ~ Godspell ~ Democracy ~ The Witches ~ The Vagina Monologues ~ Heroes ~ Sunday in the Park with George ~ Art by Yasmina Reza ~ A Voyage Around My Father ~ History Boys

Designed in 1898 by W.G.R. Sprague (who also designed six other London theatres) it was opened by the actor/manager Sir Charles Wyndham on 16 November 1899, in the presence of the Prince of Wales. The first play to grace the stage was a revival of T.W.Robertson’s David Garrick.

In 1910, the actor-manager Sir Gerald du Maurier arrived at the theatre. Thirty years later, his daughter, Daphne, presented her own play, The Years Between, on the same stage.

In January 1954, Sandy Wilson’s The Boy Friend was moved to the Wyndham stage from the the Players’ Theatre.

It ran for 2078 performances, before eventually transferring to Broadway.

The blockbuster Godspell opened at Wyndham’s in January 1972 and ran to October 1974.

In 2002, Madonna made her West End acting debut at Wyndham’s in a production of David Williamson’s Up For Grabs.

In May 2005, the theatre was taken over by Delfont-Mackintosh Ltd, and in October the theatre presented Tom Stoppard’s adaptation of Heroes.

The theatre closed temporarily for final refurbishment works before reopening in September 2008 with Kenneth Branagh starring in Chekhov’s Ivanov.

It seats 759 people and was Grade II listed by English Heritage in September 1960.